Home Updates Bring Out Your N00BS!

Bring Out Your N00BS! 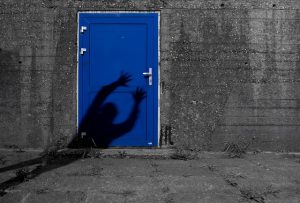 Unlike your nightmares, this door is always open.

Here at Minion Headquarters, we get a lot of interesting inquiries about Scarefest. Admittedly, most of them are asking things like would we like to make a million dollars helping some unfortunate djinn launder their cash from the dimension next door (don’t try it…it’s totally a scam), but we also get lots of messages from folks wondering/worrying about various things at the convention. One of the most common questions we see is whether Scarefest is the sort of gaming convention that’s friendly to folks who haven’t gamed in a while, or even are entirely new to tabletop gaming.

One of the best things about Scarefest is the amazing community of people who regularly attend, both as players and as GMs. We have seen lots of new/rusty players sit down at a table knowing nothing about the game, only to have one or more friendly players offer to help them figure it out. Additionally, most of our games are deliberately designed to be friendly to new players, and GMs bring along pre-made (or pre-gen, as they’re commonly called) characters, so anyone can sit right down and join the game. You can verify whether any game that interests you is suitable for new players by checking its listing on Warhorn. Most of the games there list both whether they’re “Newb Friendly” (Yes/No), and whether pre-gens will be available (Yes/No). The only exception to this is Pathfinder…because generally speaking, all Pathfinder games are both.

Also remember that along with the many RPGs on offer, we have an extensive board game library and there will be assistant(s) in that area to get you started with any that piques your interest.

So please don’t be afraid. At least, not of being inexperienced with gaming. It’s our entire reason for living to make sure that everyone who comes to Scarefest has a fantastic time gaming, from those of you who have never before rolled a die to those of you who have entire libraries of game systems memorized. After all…there are so many other reasons to be frightened at Scarefest. Like the swampodiles. And the pus.